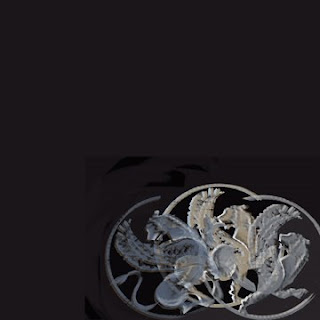 Accumulating marks against edges, and multiplying. Based off Sphinx from Persepolis artifact.
Posted by wisesigh at 11:59 PM No comments:
Labels: PicADay, Think Shape, W.I.P.

As I was listening to some online audio art dialogue snippets, a phrase new to me -- "performance of viewing" -- made me stop and think about how the convoluted language that gets used to describe art descriptively or conceptually can feel congratulatory, and often self congratulatory. The phrase, "performance of viewing", struck me as an incredibly distanced, perhaps even aggrandized, view of what viewers do, which is to look at and perhaps feel or think about the artwork.

To me, the phrase refers to the artist taking into account, while making and exhibiting art, considerations about how viewers takes in art presented by the artist, or perhaps said more broadly, the role of the viewer in the meaning of the art. But why think of the viewer as performing? Another word comes to mind: puppet-master. Can/should art be set up to anticipate and choreograph or manipulate every move by the viewer? What if the viewer does not cooperate and veers off predicted behavior or response? It's clear that meaning for viewers is derived by viewers based in how they each perceive and consider the artwork and words used to talk about, describe or place the artwork in context (words that are often in long winded, post-creation artists statements and explanatory text). But do we really want to think of this as performing?

I googled the phrase to see what came up, and landed on a chapter by titled, "Performance of Viewing" in a 2001 book called, The Sculptural Imagination, By Alex Potts, which I will have to read further. The use of the phrase there was rather benign, discussing approach to sculpture by 1960s artists, Morris in particular, with two possibilities for the role of the viewer -- one recognizing the artist in making the art object views the developing work while engaging in making it and one imparting meaning to the art through the social interaction of viewers engaging and experiencing the art. The author concludes that Morris tended toward the first, rather than the second, and was more focused on translating the world of the artist to the world of the viewer, rather than having objective viewers' interactions with the work impart the work's meaning.

I fall in between. Since it's inevitable that one views the work while making it (absent a blindfold, though even then one would "view" through other senses, like touch), I consider how I am viewing work as I make it, as well as directions/points of view from which viewers are likely to engage the work, with my eye as an imperfect proxy for the viewers' eyes. I also think that meaning for viewers comes from how they ultimately engage and perceive the work. I am interested in convergence and divergence of their perceptions and derived meanings from the perceptions that I intended; that is the conversation.

I remain put off by thinking of the viewer as performing, however. I think it devalues their participation and reflects that the creation of spectacle has become a more dominant part of art making.
Posted by wisesigh at 10:27 AM No comments:
Labels: art = Art?, art practice, Presentation Context

Posted by wisesigh at 1:53 AM No comments:
Labels: Think Shape, W.I.P. 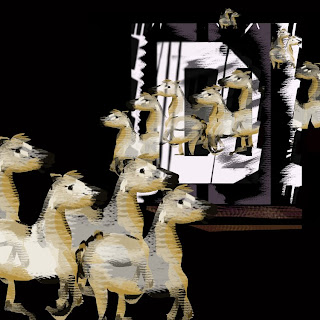 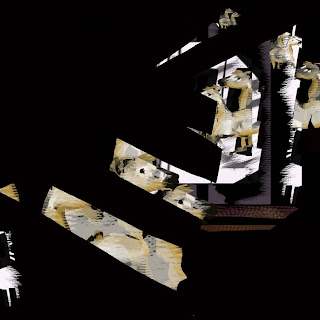 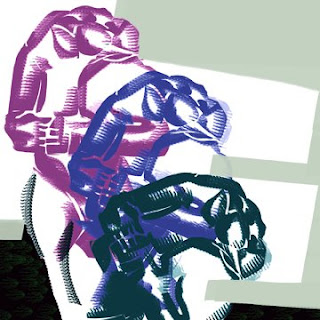 More drawing against the edge and replication. Top based off Figure of lioness, Elam (circa 3000-2800 b.c.. Bottom based off Persian horse artifact. 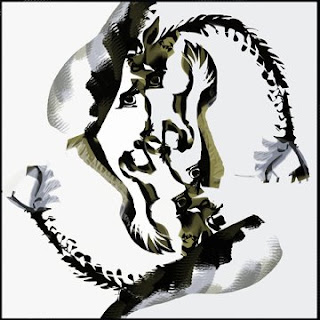 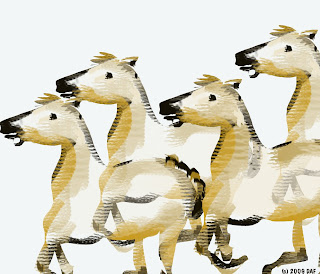 Dead Center and the In-Between 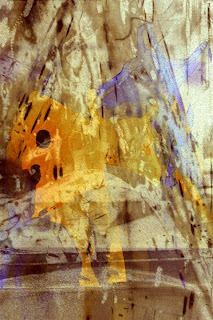 To draw an audience, does an artwork have to lean more in one direction than another? If it's ephemeral, must it be wholly ephemeral? If the process is accumulation, must the piece be a vast accumulation, exclamation point? If the expression is abstract, do representative elements interfere; how does the literal impinge abstract identity?

Dead center is a metaphor itself. 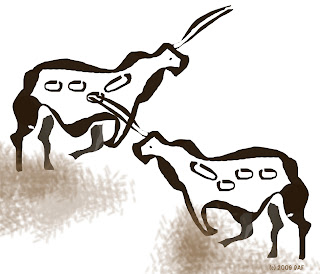 Posted by wisesigh at 12:37 PM No comments:
Labels: Incubator, PicADay

Here are some images from my recent installation, Ordered Groupings. The horses play off an artifactual image, and the numbered pins play off of classifications and museum display of artifacts. 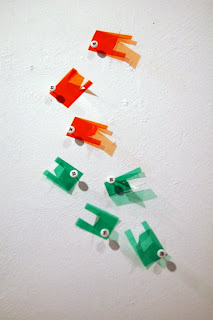 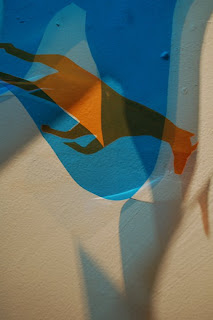 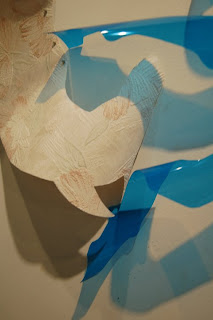 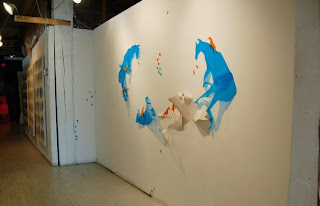 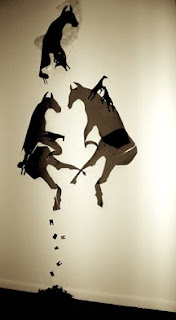 I have been on hiatus for a couple months...

My latest installation is up on a group show at Peter Jones Gallery through April 26, 2009. Gallery hours are from 3 to 6 pm on Sat. and Sun. with a closing reception on April 26 from 3 to 6 pm. The group is the Artists Breakfast Group, and the show is Caffeine III.

I'll also be demonstrating my work at Macy's on State Street in Chicago, as part of their Dream in Color event, this Friday, April 10, 2009 from 12 to 2 pm. (lower level).
Posted by wisesigh at 5:17 PM No comments:
Labels: Installation, Now showing
Newer Posts Older Posts Home
Subscribe to: Posts (Atom)