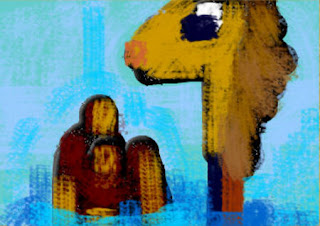 Alix Rule, Saatchi Online Magazine’s regular Berlin correspondent, picked my image, "Guardian," as the winner of this month's Your Studio, commenting ‘If Max Beckmann had had a mouse he would definitely have clenched it and whacked out a sinister, reverberating enigma such as this.’

The Saatchi Gallery now will donate £500 to Children's Memorial Hospital here in Chicago. Fantastic! Every month, a critic selects an image, and Saatchi Gallery makes a donation to a hospital selected by the artist.
Posted by wisesigh at 9:45 AM No comments:
Labels: Now showing, PicADay

The proliferation of online artists sites underscores how many people are creating art regardless of how little room there to filter through and make a sustainable career from art. Daunting. It's said as a truism that the vast majority (95%) of art students are not creating art five years out of school. Given the numbers of self identified artists out there, I am skeptical; people might not be making their living at art, or might be relegated to making art outside of the hours of another career or day job, but more must continue creating than this truism suggests.
Posted by wisesigh at 12:47 PM No comments:
Labels: art = Art?

I saw the Gordon Matta-Clark and Karen Kilimnik exhibitions at MCA. Thanks to Marianna Buchwald for her tour; she had lots of information and background about the artists.

The Kilimnik exhibition did nothing for me. I sort of appreciated the gazebo shaped enclosed space with a video of an installation of trees and little ballerinas periodically popping in and out of the scene in dances, but to me the environment felt overdone. I thought most of the pieces in the exhibit felt either over or under done.

The Matta-Clark exhibition, on the other hand, was phenomenal and spoke to me, intervening with space and architecture. It feels very much like he is cognizant of the viewer's reception of the work. Matta-Clark is known for taking a chain saw to buildings and slicing out pieces, or in one case, splitting a building in two down the vertical. The cut-out chunks are physical remnants of the building and retain their identifies as parts of a building, yet also feel like paintings. One piece that sticks in my mind is the floor (blue tile) of one apartment and the ceiling of another; it reminds us that people once occupied the places he cut into. We occupy the same space in apartment and office buildings, with floors, ceilings and walls dividing our separate lives. He also dealt with the way light flows through a room as it passed between his cutouts; in particular, I was struck by documentation of his cut-outs in a waterside warehouse, which he photographed from the outside and from the inside, and the shapes made by that the light passing through the cutouts.
Posted by wisesigh at 5:59 PM No comments:
Labels: art = Art? 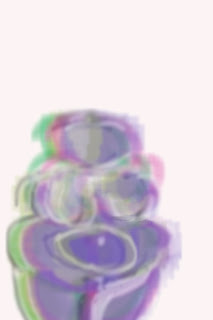 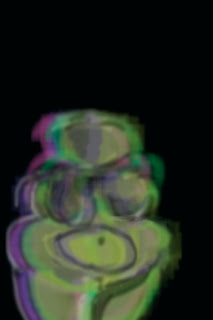